To the next generation, Merry Christmas
You’re working harder than ever now and the coffee sucks
You know Colombia and Kenya got too damn hot
And now you’re making do with what you’ve got

Everybody knew
Reading all the same headlines
Blowing through the traffic signs
Looking for the cops
But what could you do?
Can’t you see it clear as glass?
Going through it if we crash
But we’re never gonna stop
Killer waves and riots
Coming to the coastline soon
Counting up the new typhoons
Quicker than kilowatts
How could you deny it?
Living like your eyes are shut
I guess it’s hard to be a human
It’s еven harder to be not
Whеn you’re making do with what you’ve got

Where are all the heroes?
Perfect teeth glistening
Big strong chins
Shooting for the moonshots
Like going sixty to zero
Slowing down few and far between
Everything true it seems like we forgot
I don’t wanna lie
What do I say to my baby girl?
Leaving her with half a world
That we coulda done a lot?
I just wanna die
If she wants what she can’t become
And she can’t blame anyone
Because it’s no one’s fault
When you’re making do with what you’ve got

You’ve gotta make it do a lot more than ever
And you don’t even know what you’ve lost
A perfect paradise of too many guilty pleasures
And you pay the cost, you pay the cost

To the next generation, Merry Christmas
You’re working harder than ever now 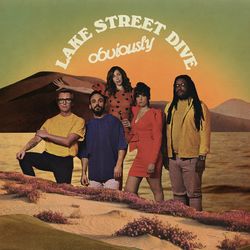 Lake Street Dive – Being A Woman